This edition of the Antiquities Coalition’s series, “The AC Digs,” features an interview with Co-Principal Investigator Peter Herdrich about progress made in the first year and the unprecedented response to the DLME.

The AC Digs Into: DLME

The Antiquities Coalition is a founding partner of the Digital Library of the Middle East (DLME). Working with the Washington, DC-based Council on Library and Information Resources (CLIR), we are creating a federated resource of digitized cultural heritage materials from museums, libraries, archives, and other collections. The DLME will be accessible, interoperable, and open source and will include collections from around the world. In response to the urgent threat from cultural racketeers, the DLME will contribute to the security of Middle Eastern and North African heritage by mitigating looting and illicit sale through registration and improved tracking of objects’ provenance. Post-conflict, the DLME will be designed to increase global knowledge capacity by facilitating research, teaching, new forms of cultural expression, and fresh discovery.

AC Co-founder Peter Herdrich is leading the DLME effort with Dr. Charles Henry, the President of CLIR. Peter outlined the progress the DLME has made in its first year.

What can you tell us about the DLME?

Last summer we got off to an auspicious start when we received a planning grant from the Andrew W. Mellon Foundation to assess the idea of creating the Digital Library of the Middle East. We assembled a terrific team – Bethany Nowviskie, the Director of the Digital Library Federation; Elizabeth Waraksa, Program Director for Research and Strategic Initiatives at the Association of Research Libraries; independent media producer Neil Sieling; and Wayne Graham, the Technical Director of CLIR and the Digital Library Federation have all made critical contributions. So have colleagues at CLIR and the Antiquities Coalition. 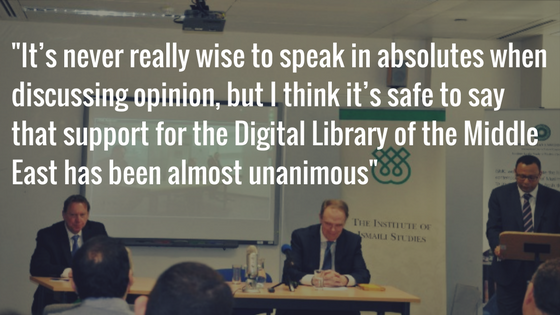 We wanted to verify that a large-scale digital library focused on the Middle East would be something that would be of interest to a wide variety users, what the technical challenges of building the library would be, how the DLME could help to combat looting and contribute to cultural heritage preservation, and how we could best partner with museums, libraries, archives, and government and private partners worldwide. The team reached out broadly and assembled the answers. And we were amazed with the results.

It’s never really wise to speak in absolutes when discussing opinion, but I think it’s safe to say that support for the Digital Library of the Middle East has been almost unanimous. What we heard was yes, the technology exists and can be deployed for this type of large scale digital library. Yes, users from advanced scholars to high school students are interested. Yes, this will make a significant contribution to the cultural record and to preservation. And yes, existing collections want to federate and become part of the effort. Challenges certainly exist, but nearly uniformly we heard endorsement for the idea, for its importance, and for its goals.

What was especially encouraging is that this response came from all constituents. It came from North America, Europe, Africa, and Asia; from museum, library, archival, manuscript, and archaeological collections; from law enforcement, diplomatic, government, and cultural heritage preservation officials; and from people who believe in the importance of the culture of the Middle East. In fact, as our investigations developed and more people heard about the project, a community of interest and commitment has began to form around the DLME.

It’s been a heart-warming response and we are taking the next steps. With the generous help of the Whiting Foundation, we have the funding to build a prototype digital platform for the DLME. We are going from vaporware to reality, as DLME TD Wayne Graham says. And our team is unrivalled. The Stanford University Libraries and its engineers have joined us as our principal technical partner on the DLME. The team is working right now on a platform that will allow us to federate, search, and exhibit digital materials from collections all over the world.

Our team is also growing. The Council on Library and Information Resources and the Qatar National Library just signed a Memorandum of Understanding for cooperation to develop, enhance, and make available digitized cultural heritage content through the Digital Library of the Middle East. This is an exciting and important step. For us to create a successful digital library, it is imperative that we work closely with partners throughout the MENA region. Collaboration with the QNL is an unparalleled step toward fulfilling our mission. 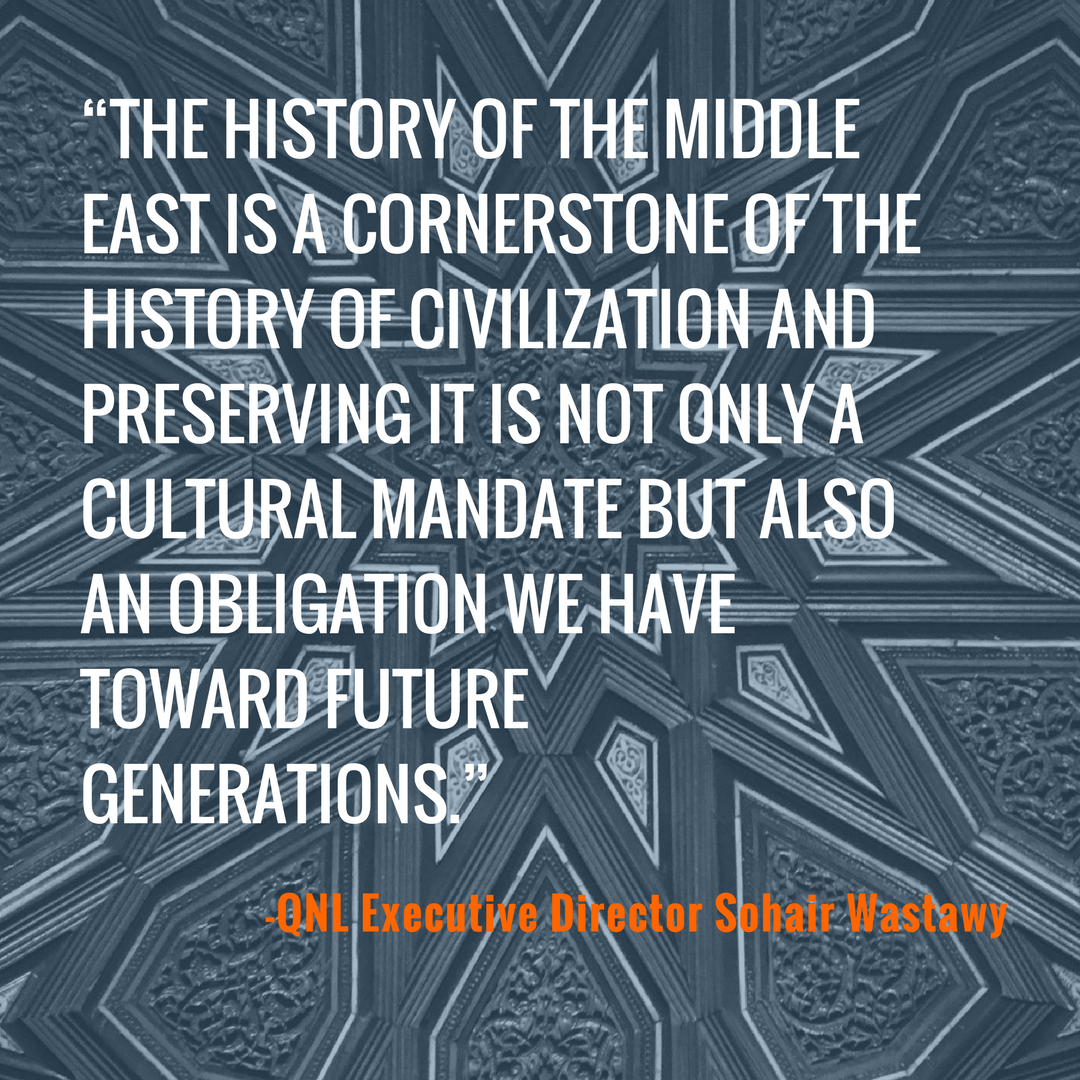 How big do you see the DLME becoming?

We believe that over the years the DLME will grow to millions of records. Scalability is an important issue. The more material with have in the library, the more we have to search and understand. We also have more records and more digital surrogates to use in case of theft and looting and more provenance records should questions of illicit trade arise.

What are the next steps for the organization?

We are in a second planning stage now, to determine how to best proceed. There are important questions to sort out. How do we build and maintain a robust and inclusive technical platform for the DLME? How do we support and engage with collections in the Middle East? How do we create a user experience that allows for the florescence of scholarship and search? What sort of administrative and organizational support do we need? How can we ensure financial sustainability for the project? It’s a big job.

What do you see as the principal lessons learned so far?

There is an urgent need for the Digital Library of the Middle East. As the Antiquities Coalition and its many supporters well know, our culture is under threat. And we need to continue to create solutions that address security, risk management, international cooperation, and a view of our shared cultural heritage that recognizes its universality and its incredible importance and potential in the region. The DLME addresses all these issues, by federating inventories and provenance records, by making accessible the cultural record of the Middle East, and by creating a worldwide cooperative community that believes that these are shared goals for all of us and are willing to help. That’s what we hear, that incredible positive reaction to the DLME. So it’s up to us – all of us – to make it work.